We have been asked to speak here about the development of curating and mediating contemporary art. This is a wide field; therefore I would like to put possible answers and indeed even questions in a broad historical and theoretical context:

There are three main questions:
• Where are we? In respect of curating and art mediation
• Where do we come from?
• Where are we going?

Dorothee Richter is an art historian, author, curator, organised symposiums as Curating Degree Zero – an international symposium on curating, GAK, Bremen; (with Barnaby Drabble) 1998; Dialogues and Debates – feminist positions in contemporary visual arts 1999; The Quintessiental Hold of Images 2001 (with Sigrid Adorf and Kathrin Heinz), The Visuality of Theory vs. The Theory of the Visual, (with Nina Moentmann), Re-Visions of the Display: Exhibition Scenarios, Their Readings and Their Publics, 28th-30th June, Migros Museum (with Jennifer John and Sigrid Schade,) Communitiy_ perhaps, (with Jörg Huber a. Elke Bippus), Institution as Medium. Curating as Institutional Critique? Concept with Rein Wolfs, Fridericianum Kassel.

She was director of the Lichthaus in Bremen, artistic director of Kuenstlerhaus Bremen, 1999-2003,some projects included: over high, over flow; naming a practice, collaboration – a practise which creates an environment; Curating Degree Zero Archive, initiated by Dorothee Richter and Barnaby Drabble; an archive, travelling exhibition and web resource on critical curating, www.curatingdegreezero.org, shown and re-interpreted with artists, curators, designers in: Basel, Genf, Linz, Bremen, Bristol, Lueneburg, Birmingham, London, Berlin, Edinburg, Milano, Seoul, Paris, Bergen and Cork from 2005 to the present day; she lectured at University of Bremen, University of Lueneburg, Ècole des Beaux Arts in Genève, Merz Akademie in Stuttgart, was research associate “Exhibition Displays” at School of Art and Design in Zurich, Director of the Postgraduate Program in Curating at the School of Art and Design in Zurich. www.curating.org, and initiator of a web.journal on curating, that is online since June 2008, www.on-curating.org, until now 12 Issues are published. Since 2012 sheis PHD adviser at the University of Reading for a practice based PHD in curating. The most recent curatorial project is a collaboration with the Kunsthmusem Thun; inter/act: New Social Sculptures. 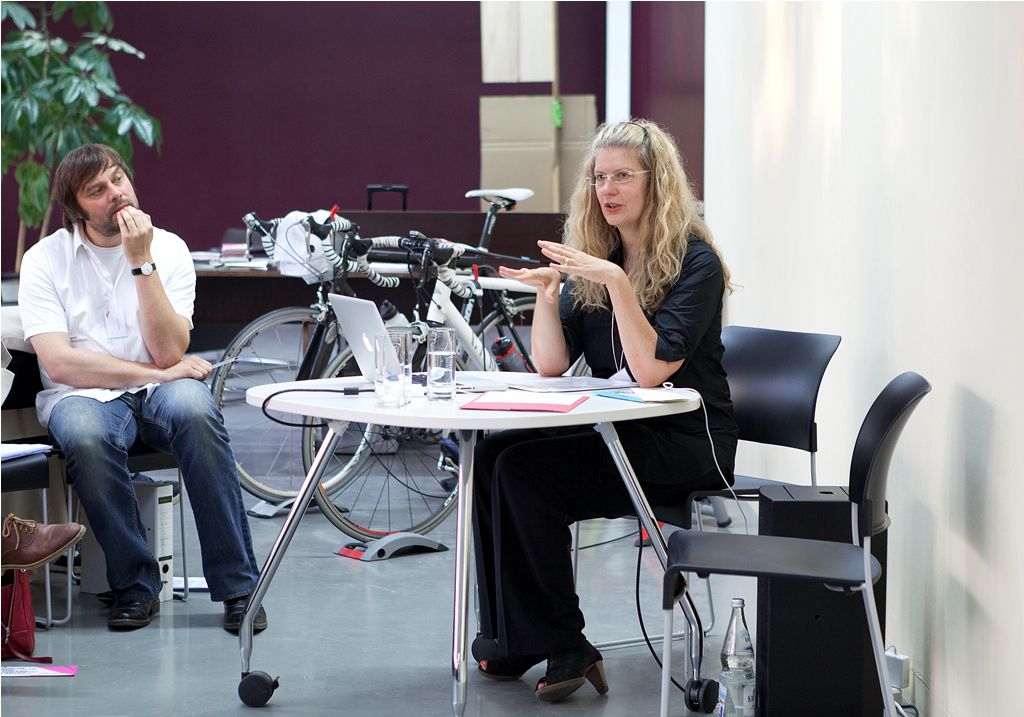