We are all in this alone addresses the notion of faith in today’s concurrent and multiple socio-political conditions. While searching for political values in the representations of formal aesthetic and literary sources, the work carries a specific urgency to articulate ways we continuously engage and disengage the past from the present while questioning the notion of faith.

The project references a number of intricate sources: a fresco painting from the church of St. Gjorgi in Kurbinovo, painted by an unknown author in the 12th Century, as well as writings by Simone Weil and Luce Irigaray and personal notes by Paul Thek dating from the 1970s. Hristina Ivanoska’s drawings and objects are inspired by the texts of Simone Weil and Luce Irigaray. Weil questions her faith in God, considering it as a personal decision and path that one goes through alone. Irigaray, on the other hand, explains the emotional and inexplicable (love) relation towards God in her essay “La Mystérique” (from the book Speculum de l’autre femme, 1974). Yane Calovski’s drawings and collages refer to recently discovered correspondences of Paul Thek in the Marzona Collection in Berlin, addressing the difficulty to survive while creating, producing and maintaining ones own work and keeping faith in the idealism of collaborative production. Additionally, addressing the value of hidden poetics in the details positioned well beyond the mundane clichés of one’s own need to produce language, Calovski literally paints invisible (erased) icons, procured through the physical disposal of the image as a religious symbol. The project also incorporates his short film Detail (1999/2015), which further addresses faith not only as an emotional and intellectual condition, but also as a contemporary socio-political anomaly, in addition to Ivanoska’s hand-embroidered wall piece Untitled (The Artists is not a Civil Servant), reflecting the notion of the position of the artist in the current socio-political context.

As one of integral parts of the project, We are all in this alone is accompanied by a book that was produced with the support of Art Rooms, Kyrenia, a member of The Arkin Group.

Edited by Başak Şenova, the book analyses, reads and records the venture of the project with texts by the editor, Maja Nedelkoska Brzanova, Elke Krasny and Sebastian Cichocki, as well as a conversation between the artists and the curator. The contributions of Anne Barlow, Ksenija Cockova, Slavcho Dimitrov, Branko Franceschi, Omar Kholeif, Anders Kreuger, November Paynter, Anna-Kaisa Rastenberger, Dirk Teuber, Jalal Toufic and Eyal Wiezman embody different perspectives on faith and are accompanied by drawings from the artists. The book was designed by Erhan Muratoğlu, published by the National Gallery of Macedonia and printed at Mas Matbaa, Istanbul.

Right after the closing of the Venice Biennale, the project meets with the audience with a book launch and an exhibition on November 26, 2015 at Art Rooms, Kyrenia in Cyprus. Art Rooms, Kyrenia has also collaborated with ŻAK | BRANICKA, Berlin and have organized another book launch in Berlin on January 15, 2016.

For more detailed information about the project, please visit the project’s official website and We Are All in this Alone – Google Cultural Institute. 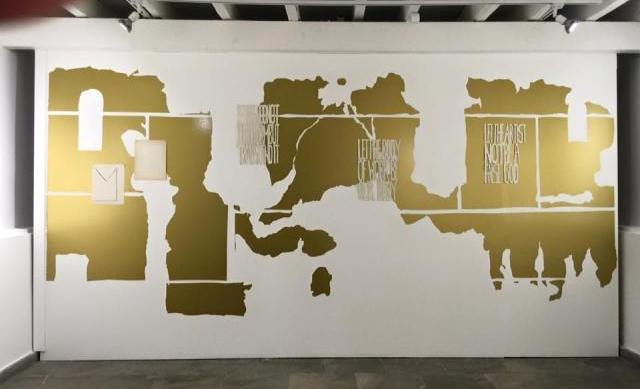