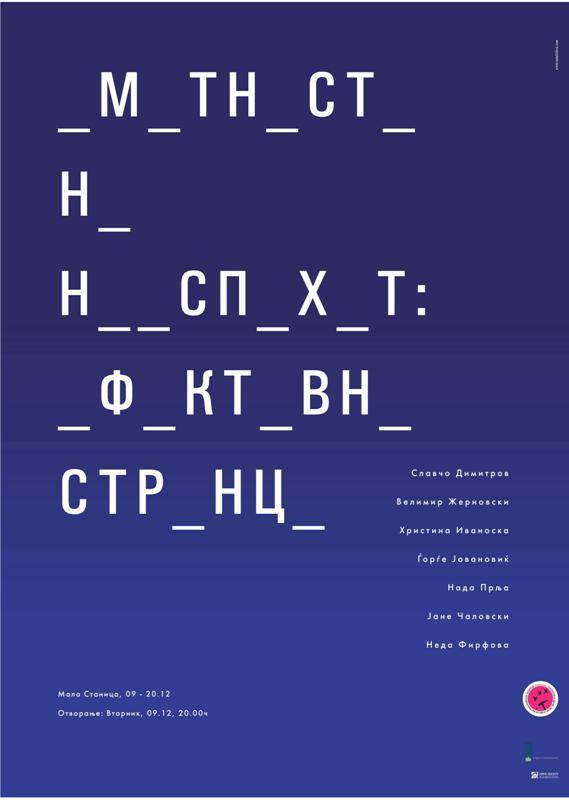 Failure, experiences of shame (being constitutive for the identity position and the self-experiencing of the minority queer subjects), and the negative, backward and `paralyzing` emotions (anxiety, melancholy, lament, depression, fear etc.) are a subject of analysis and material for performative generation of resistance positions against the hegemonic society models. On the other hand, these experiences are considered as indicators to the structure effects of social inequality and violence against the intimate, embodied and affective experiences of the gender and sexual non-normative minorities.

The book, the exhibition, the project exposes the skin inside-out, the skin – a palimpsest, inscribed with the lived experiences of all those bodies socially marked as odd, degenerate, deviant, freaks, non-normative, abnormal or simply queer, experiences traced on the margins of normative social space as experiences of the failure to embody the gender and sexual norm, in other words the norm for decent, legitimate life worth living within the capitalist hierarchal scale and the national imaginary. In this context, the goal of The Art of Failure is to analyse and explore these experiences as a possibility for creating alternative lines of life, new forms of socialization and kinship, friendship and non-hegemonic models of intimacy and love. Losing in failure becomes an opportunity - space for collective practice of resistance in order to reject and repudiate the common sense acceptance of the dominant logic of success, as an effect of power and discipline. Within the exhibition, various `negative` experiences of failure embodied differently in the lives of minoritarian subjects create an opportunity to re-examine the dominant models and criteria for social valorisation and progress on the scale of social status and legitimacy, in other words the hegemonic imperatives and norms defining what is valued as success in life, and who is valued as a recognisable human being on the ground of these norms

The artists included in the project tend to unveil the lived, unbearably painful inscriptions of power on the bodies of minoritarian subjects, legible in the unrecognized and insidious everyday experiences of trauma, and trace the enclosed and secluded intimate space of melancholy and depression, in other words, the „abyss of sorrow, a noncommunicable grief that at times, and often on a long term basis, lays claims upon us to the extent of having us lose all interest in words, actions, and even life itself.” (Kristeva) In doing so, the authors of the exhibition analyze these emotional assemblages beyond the privatising, psychologising and pathologising frames, they position them as an effect of unequal social relations of power, discrimination and exclusion.

Being stuck, stagnation, paralysis, inaction, refusing to participate in the daily flow of the normative public, the stickiness of the past as a loss, the backward attachment to the absent and unfulfilled loves, ideals and socialities, as effects of melancholy within this project are posed as affective intensities that at the same time reject the production imperative in the national-capitalist machinery, commemorate the histories of suffering and violence erased by the dawning future of the heteronormative familiarity, infinitely reproduced and sustained, and create public worlds and counterpublics of mourning and opening of the unsayable and invisible losses.

At the same time, te goal of the exhibition is to offer lines of mobilization of these emotional complexes towards dislocating and interrupting the habituated and normalized, taken for granted, models of shared group emotions, and by the means of theatralicalization and re-performance of the shameful experiences, desires, pleasures, emotions, relations and bodies, to re-examine and disrupt the sterilized normative and moralizing frameworks of the human intelligibility. ;

Finally, The Art of Failure: Affective Aliens reexamines human vulnerability, precariousness and exposure as possible bases for new understandings of what defines us as human, and the shared conditions on the grounds of which we are connected with the others and by way of which we envision and build our community outside the violent totalitarian, homogenizing and essentialist political and ethical models. By these means, the exhibition opens the question of the possibility for building alliances and coalitions of resistance against the different models of inequality and exploitation beyond the identitarian frames, limitations and exclusions, that is on the basis of the shared experiences of shame, failure, exclusion and emotional `paralysis` between the different social locations and groups.

The exhibition is followed with a publication containing the artists’ works, as well as critical essays of contemporary authors in the field of the fine arts and gender and queer theories. The publication encompasses translations of some of the most significant texts in the field of gender and queer theories, these being the key references for the theoretical background which is the basis for the exhibition’s chief concept, i.e. affect queer theory, queer theory of shame and melancholy and negative emotions and their political and cultural sources and implications (Douglas Crimp, Judith Jack Halberstam, Ann Cvetkovich, David Halperin, Heather Love, Sara Ahmed, Lee Edelman, Marina Grzinic, Michael Warner). 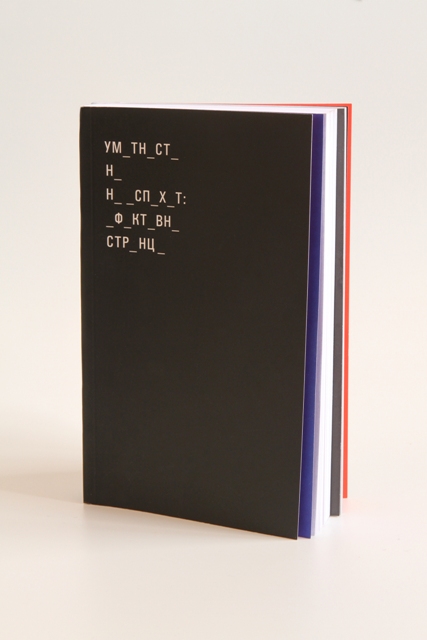