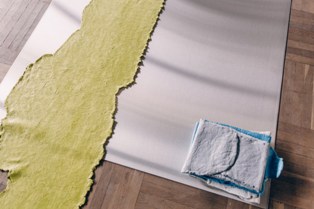 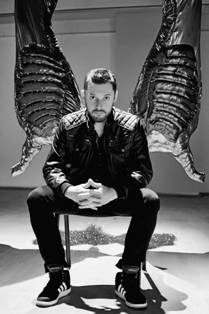 press to exit project space is pleased to announce that the artist Velimir Zernovski during the month of April realizes residential stay in Graz, Austria, as part of the art residency project WEST BALKAN CALLING. His residencial stay in 2016. will be organized by <rotor> association for contemporary art.

The second exhibition of Hristina Ivanoska and Yane Calovski at the ŻAK | BRANICKA gallery is titled Orphans of Culture, Legends and Heroes Part II. The show follows as a continuation of their ongoing interest in how modernity shapes our cultural and political reading of the present, (which the artists explored at Kronika Gallery in Orphans of Culture, Legends and Heroes, 2007, a show curated by Sebastian Cichocki). The inseparable connection of faith and the metaphysical, present in We are all in this alone (56 Venice Biennale, 2015) and Unspoken (Malmö Konstmuseum, 2015), also features in their most recent series Oneness (2015). Made of 11 panels with drawings made on hand-woven linen fabric, the work is based on a conceptual work with text by Ad Reinhardt and graphic design by Bridget Riley published in 1966 in Poor.Old.Tired.Horse No 18, a magazine for concrete poetry, edited by Ian Hamilton Finlay.