Audio-tour: “Recounting Skopje. Skopje 2014: Hegemonic and Speculative Narratives”, artistic part of the PhD Project by Ivana Sidzimovska | The 5th International Symposium Curating Exchange  | The Institutional as Public | organized by press to exit project space | 30 September, 2016, Starting point: the plateau in front of the Museum of City of Skopje

Sidzimovska’s artistic-based PhD research is related to neoliberal symbolic urban reconstructions with focus on the urban renewal of Skopje and the effects the reconstruction has on the public space in the city. Informed by subjective citizen's stories, imaginaries and experiences of the urban, and these elicited while walking, a speculative narrative of the city is created, in which to project ideas for reevaluating, reframing and reinterpreting the reconstruction. Combined with various sonic observations, recorded in a binaural manner, the original interviews with citizens are processed, translated and reenacted in the form of an interactive sonic walk.

The number of participants is limited, so please confirm your attendance at: This email address is being protected from spambots. You need JavaScript enabled to view it.

The book “When Attitudes Become the Norm” (published by Archive Books and Igor Zabel Association for Culture and Theory, 2016) is a collection of essays and interviews by art historian and theorist Beti Žerovc on the topic of curatorship in contemporary art. Žerovc examines curatorship in its broader social, political and economic contexts, as well as in relation to the profound changes that have taken place in the art field over the last century. She analyses the curator as a figure who appears, evolves, and participates in the institutionalisation of contemporary art and argues that with the curator institutional art – art designed to fit the art institution’s space and needs – achieves its fullest expression.

Curating Exchange is an annual symposium addressing local and regional need for an insightful and qualitative exchange of experience and knowledge in theoretical and artistic research, curatorial practice and education. The fifth edition is titled "The Institutional as Public" and welcomes Slovenian art historian and art theorist Beti Žerovc, Austrian curator, cultural theorist, urban researcher and writer Elke Krasny, and Macedonian Berlin-based visual artist and urban researcher Ivana Sidzimovska, who contribute a variaty of discoursive presentations and projects that question to what extent the institution, the public, and the artistic activity correspond to the ever-evolving concept of critical curating. The role and the increasing influence of the curator in context of cultural production in general, as well as the conditionality within and outside the institutional frame in particular, will be subjected to critical rethinking and analysis with each presentation and workshop session. The symposium will thus try to addresses the variety of methodologies and conditions that define the curatorial practice as a channel for social and political criticism and a practice expressed as a logical continuum in the processes of instigating cultural as well as socio-political change in contemporary society.

The symposium is curated, organized and managed by art historian and curator Jovanka Popova, and artists and co-founders of press to exit project space, Hristina Ivanoska and Yane Calovski. 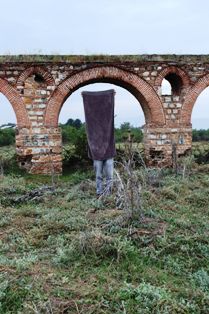 Visual artist Wolfgang Obermair will give an insight into a field of activities he was engaged in the recent years. The focus will be on collaborative projects and other art related activities, that he sees as a way to develop a subjective practise towards a discursive situation between artists and the public. Obermair is interested in independent structures especially, if they enforce an alternative for the art itself. Part of the talk will be a performative exercise he developed in a collaboration with the Czech artist Jakub Vrba within the residency. 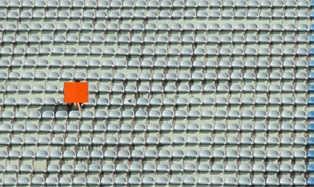 After holding the Always Ready exhibition in the YCC, Skopje in 2014, Neda Firfova with curator Ivana Vaseva have the pleasure to welcome you to the exhibition Always Ready in Gallery MC in New York City.

The project Always Ready was initiated by Neda Firfova in 2012 and it researched the disappearance of the thousands of cardboard books imported from China, and used for the creation of the ideological image backdrop in the mass games in communist Albania. The project focused on the reproduction of singled-out book objects and performances with them, while growing into a complex study of powerstyles. To the artist, these books have become meta-symbols of lost Eastern modernist knowledge and she uses them as reference symbols when critiquing the re-dress of the metabolist and brutalist architecture from the 1960s and 70s in her hometown of Skopje and its labelling as “Baroque”.

The exhibition will feature original book objects, video works and a printed archive from the project spanning from 2012 to 2016.